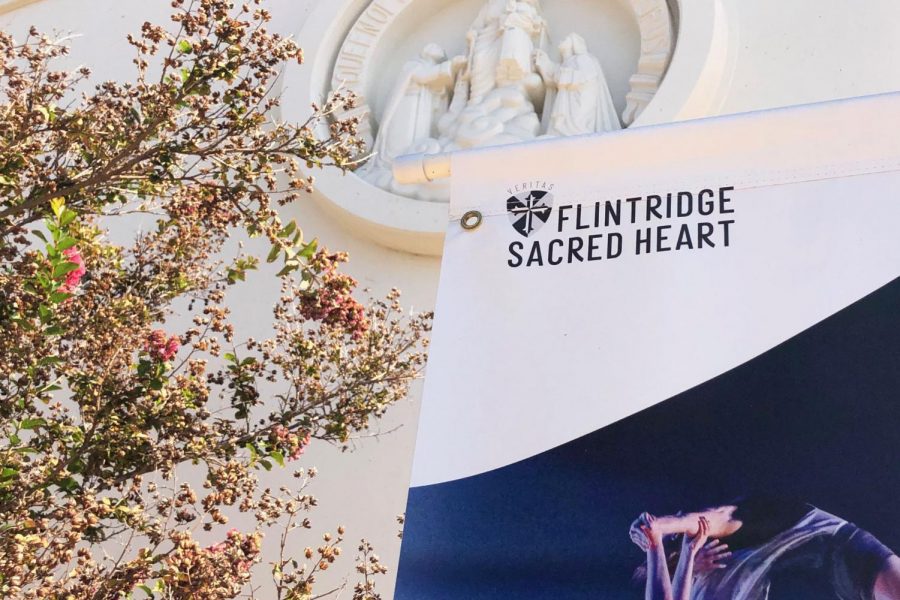 Our new logo stands proud in front of the high school entrance.

Last year, Flintridge Sacred Heart partnered with Mission Minded, a company that helps nonprofit organizations mold their marketing image, in an effort to reshape how the school advertises itself to the world beyond the Hill.

The school redesigned its logo and the school’s official signage. The school also decided on a new list of values to feature in marketing materials that convey what it strives to cultivate in every student: open arms, compassionate hearts, vibrant spirits and healthy bodies.

In May, when news of the rebrand circulated, rumors spread that the school would change its name as well. Many Tologs visualized a future in which the administration had the A’s carefully removed from everyone’s uniform shirts. But, make no mistake, the school is still Flintridge Sacred Heart Academy. The change, though, is that now everyone is supposed to refer to the school as “Flintridge Sacred Heart.”

The result was confusion. The administration wanted to move towards a consistent way of saying the school’s name.

The changes will affect how the school advertises itself to potential students. The aim of the process is not to recreate the school but to better promote what Flintridge Sacred Heart already is.

Students will be updated on important changes as they come along. The marketing department briefed the ASB on the changes.

“I think what I took away most from the meeting was that the school wants to be referred to by an official name to reduce confusion,” ASB President Georgia Kisob said.

Despite the meeting, some students are still unsure about the changes being implemented.

“I feel like we’re having an identity crisis,” Delaney Miller ‘21 said.

Many students still fear the rumors that spread last May about changing the school’s name.

“I still call it FSHA. My terminology that I use for the school will not change,” Abbie Toth ‘21 said.

“We don’t use FSH. That acronym is not a part of our vernacular,” Grahn said.

The school’s effort to rebrand itself is not about making drastic changes but slowly reforming the way the school communicates its core messages. Russell, as the school’s digital communications manager, feels confident in the direction the process is taking.