A deep dive into Jan Broberg’s relationship with her parents

How did they let her get abducted? Twice? 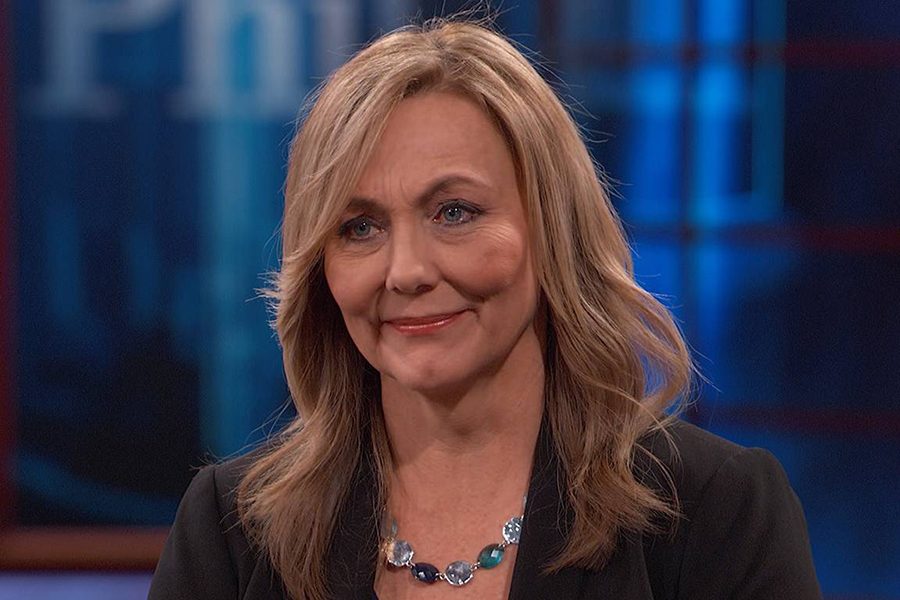 Rooted in fact, documentaries don’t often create a national conversation. Their commitment to nonfiction makes them a snooze to many, but “Abducted in Plain Sight” has just as much drama and suspense as a science-fiction movie. The buzz surrounding this horrifyingly true story has been especially intense for Tologs, as the abducted girl spent three weeks at our very own Flintridge Sacred Heart Academy.

Jan Broberg was abducted by her parents’ close friend and next-door neighbor not only once but twice. The documentary tells the unbelievable story of how Broberg’s entire family fell under the manipulation of her abductor, Bob Berchtold.

I reached out to the film’s producer, Stephanie Tobey, who put me in touch with Jan Broberg herself. Jan was very willing to be interviewed over the phone, to tell me more about her story and to answer some of the questions I had after watching the documentary, most notably about her parents.

In Pocatello, Idaho, Jan grew up in a close family that was very committed to its Mormon faith. The Broberg family — Jan, her parents and Jan’s two younger sisters — met Bob Berchtold through the Church of Latter Day Saints and became close with him and his wife, Gail. Berchtold, whom Jan and her family call “B,” sexually abused Jan while she was asleep in her home, with her parents at home as well, on multiple occasions. He abducted the then-12-year-old Jan on Oct. 17, 1974, and because the family trusted him so much, they waited two days to consider involving the law, because they didn’t think Jan and Berchtold’s sudden absence constituted an emergency worth upsetting Gail over.

While hiding out in a trailer with Jan, Berchtold created an elaborate story involving the world’s end and aliens to convince Jan that she had been sent on a “mission” to have a child with him. Berchtold told Jan that the mission required secrecy that, if broken, would greatly endanger her family. Jan became convinced that she was in love with this man, and Berchtold completely brainwashed her into buying his story about their mission.

To add to the story’s shock value, the abductor also had sexual encounters with both Jan’s mother and father on separate occasions.

The second time Berchtold abducted Jan, in 1976, he took her to Flintridge Sacred Heart, where she became a student for three weeks. Berchtold told the administration that he was a CIA agent and that Jan was his daughter. He explained to them that Jan may have emotional outbreaks because her mother died in the Lebanon crisis. Jan was enrolled under the name “Janis Tobler.”

I interviewed Jan, who was pleasantly surprised to talk to someone from Flintridge. Jan was eager to talk and seemed comfortable sharing her story.

Broberg loved FSHA. Though she only spent three weeks there, she remembers wanting to be a great student. She felt welcomed on the Hill, and she recalled the nuns fondly, even mentioning Sisters Ignatius and Maria Therese by name.

“[Flintridge] was a very positive e x p e r i e n c e in those few w e e k s . . . t h e only downside was that it took more than one attempt for the PI and the FBI to help the administration believe that the ‘bad guy’ was the man posing to be my father. He was so convincing,” Jan said.

“I knew how it felt to have a loving father. My real father was a wonderful man and unconditionally loving. I could play that part pretty easily,” Jan said. “I didn’t know the tenets or the parts of the religion like the rosary.”

As a victim of child molestation who, while not a Catholic, has spent time around the Church, I asked Jan about how she thinks we as Catholics should respond to the recent abuse scandals permeating the institution.

“The response that I just read in the newspaper from the Pope was so good. We have to root out the predators and the pedophiles, and they have to be brought to justice, not just moved around. This is true in our families as well. We really do have to bring people to justice, which is hard to do. But I also feel like having faith and hope and learning about charity and about Jesus Christ as the Savior of the world are important things that give people something to build their life on,” Jan said. “Without those teachings in my life, I would not have been able to heal from the horrible experiences in my childhood.”

From our conversation, I understood that Jan has dedicated a lot of her time to heal from her trauma. She mentioned having numerous therapists and relying on her faith, but I struggled to wrap my head around her ability to forgive her parents.

Viewers across the country yelled at their TV, shook their heads and texted friends about their refusal to believe what happened. The root of the frustration was: How did those parents allow their daughter to get abducted not only once but twice? Why did they let Berchtold get in bed with Jan in their own home?

“The biggest thing that surprised me from the documentary was the parents. I don’t understand how they could be that clueless,” Olivia Peterson ’19 said.

When I asked Jan about her parents, she maintained that she harbored no anger or blame against them. She insisted that she has a close relationship with her mother and had a close relationship with her now-deceased father. She stated that they could not be held responsible. She also expressed that her parents never allowed Berchtold to actually “sleep” in bed with her but only to sit on top of the covers while she was in bed, reading her a story or some other bedtime activity. She feels that the documentary may have been misleading in this detail.

“I had a wonderful childhood. My first twelve years of life were ideal,” Jan said.

Jan described her parents’ reactions to her finally telling them the full truth, which she did in her early twenties, as a healing point in their relationship. She says she is at peace with her parents. I asked her how she reached this point.

“I got it all out of my system — being angry, crying about something to them, telling them those feelings that I had. Because they handled it so well and intently and just loved me. They were very quick to jump in and say, ‘Let’s do whatever we have to do, your feelings are valid, we validate you,’” Jan said.

When I expressed to Jan my incredulity at how she could be so forgiving towards her parents, she repeated that she harbors no anger.

“No, I never blamed them because I knew who my parents were. I knew how much they loved me. I knew I was loved unconditionally,” Broberg said.

Jan attributes her healing to good therapists, her relationships with her family and other loved ones and her time at Landmark Forum, which is a company that specializes in personal growth. There, she learned about grooming and brainwashing techniques and understood further how her parents missed what was happening to her.

“It landed where it needed to land, which was the past.”

Berchtold did try to contact her one time later in life, calling her apartment. He called to ask her permission to be remarried, because he and Jan had gotten married in Mexico.

My conversation with Jan ended on a lighthearted note. I asked her what the mascot at FSHA was in 1976, as the Tologs only adopted the Teddy mascot in 1985. She laughed as she struggled to remember. The mascot remained on the tip of her tongue.