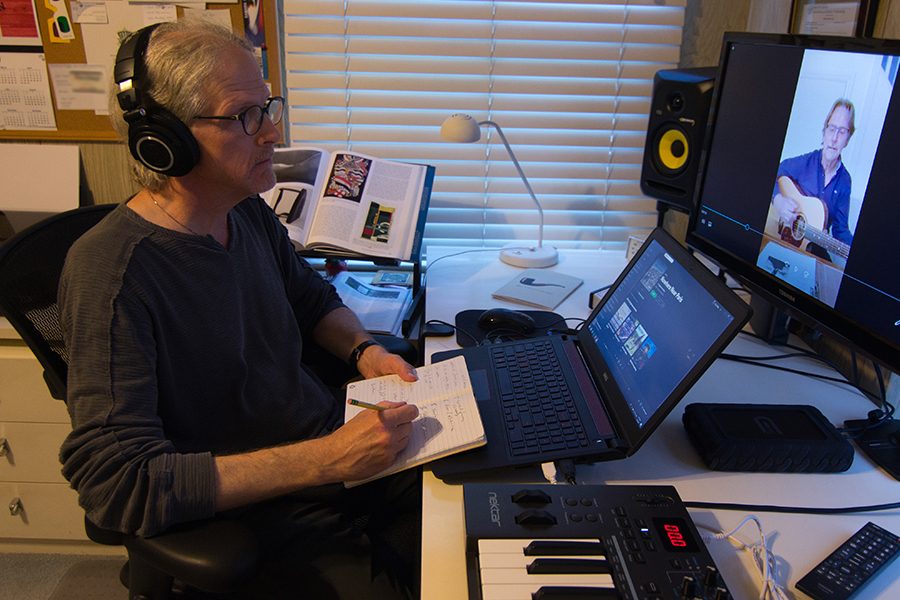 Little known to the FSHA student body, Mr. Eric Pals has a hidden and mysterious band called Enlightenment Saloon. The band has recently released a new jazzy upbeat single, “Nowhere Near Paris,” a song about pursuing happiness and making progress toward a better society rather than focusing on consumerism.

Mr. Pals and Scott have known each other since high school and have been best friends since then.

“We had the same English teacher in high school, but we took different classes. Our teacher knew that Scott played the guitar and that I wrote poetry,” Pals said.

Pals put the two future band mates together. After high school, both drove to California from the midwest to find work and start their lives here.

“Scott and I moved to Los Angeles together. It was pretty rough for a while just trying to get a foothold here. I put everything in the back of a car and drove for three days and ended up out here,” Pals said.

After they moved to LA, Pals enrolled at UCLA and Scott went on the road with a different band.

Scott DL currently lives in Cheltenham, England and works with Pals through Google documents and recordings. Because of their strong relationship and separate lives, they rarely feel the need to talk to each other. Pals and Scott work on completely separate schedules, relying on each other’s comments and feedback in writing to help improve their work.

Their arrangement is unusual, but it works for them. Enlightenment Saloon’s success communicating makes their dynamic work so well.

“Because we have all this history together, we have complete and total trust for each other. We have such good communication that when we are criticizing each other we go into a no-blame zone. The beauty of it is that 90% of the time we are on the same page,” Pals said.

Having found itself on Bandrec playlists associated with the Netflix shows “The Society” and “Chambers,” “Nowhere Near Paris” has been streamed in 42 countries and counting.