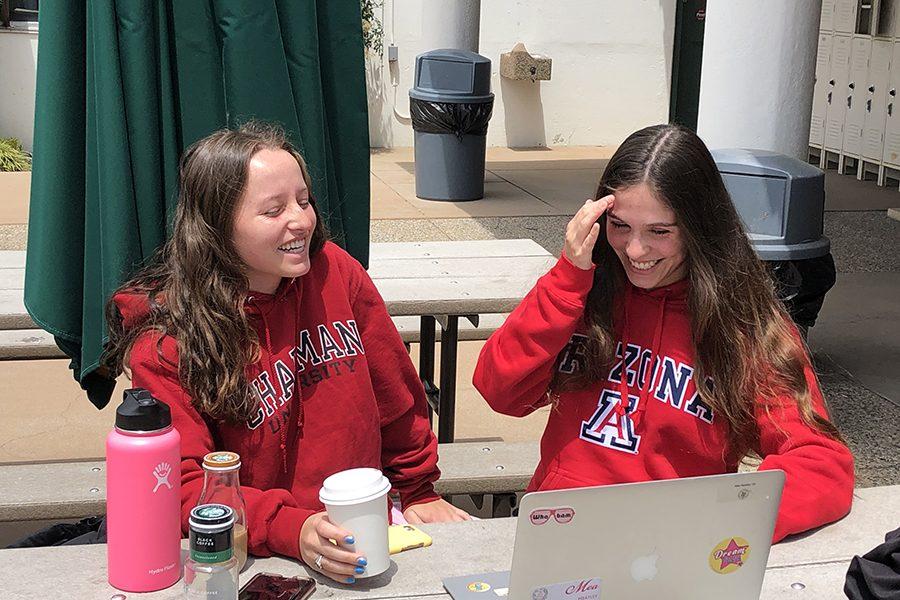 There comes a point in high school, usually at the most trying of times — exam tomorrow, one or several assignments expected to be completed promptly by 7 a.m., application due tonight, playoff game tomorrow — when you start to consider yourself amongst not just your fellow classmates, but every other student in America. Students all over the country struggle to complete yet another requirement that they hope will get them into the college of their choice. They wonder if the latest task they devote their time to will make them any closer to getting into college.

So, to hear that some students are not enduring the hardships most of us are is frankly infuriating. It’s no secret that getting into college, and quite honestly affording college, gets harder with each passing year. With each drop in acceptance percentage and rise of student loan debt, the stress of each American student increases. But some have proven exempt from such worries.

This past March, over 50 high-profile celebrities and one-percent-types were charged in one of the largest scams in college admissions history. The mastermind of the operation, William Singer — a “college counselor” — was running an elaborate scheme behind the scenes, in which he falsified test scores, bribed coaches and transferred large payments to admissions officers, all to grant the wishes of wealthy parents who wanted their children to get into the college of their choice. Among these parents, the celebrities called out most have been Aunt Becky from “Full House” (Lori Loughlin) and Lynette from “Desperate Housewives” (Felicity Huffman).

College admissions and this particular scandal have become a popular topic of discussion today. The scandal has become huge and complicated, so, before forming my own opinion, I talked to some people who had ideas and background information on the scandal.

“I think it’s a lot about the parents who have been successful their whole lives. They can buy success, they can buy the house, they can buy the car, they can buy the vacation, but up until now they couldn’t necessarily buy the prestigious school,” said Ms. Holly Hunnewell, English teacher and parent. Certainly, this issue brings up different notions of the now apparent pressure of the elite to maintain reputation and social status.

Right after the scandal broke, a large group of parents and students filed a lawsuit against various schools accused in the scandal. I talked to Scott Matthews, a Notre Dame High School parent who is taking part in the class action lawsuit against USC.

“These are the kinds of ways people get into schools without being held to the same standards that everyone else is held to.” His daughter is one of the many disappointed students who believe “Varsity Blues” played a role in their college admissions decisions.

Applicants want to know on what exact basis they are being judged. What are the criteria expected of applications for acceptance? Basic criteria for applications include GPA, test scores, a range of extra-curricular activities and passion about attending college.

“My daughter was her class valedictorian at a tough prep school, among other things. She had some pretty stellar academic and extra-curricular credentials. We understand that not everyone is going to be accepted, but when you hold that up against people who are basically stealing from capable candidates, something should be done,” said Matthews.

Marta Maynes, who will be attending USC in the fall, said, “I do think the process is unfair. [College admissions] depends a lot on your socio-economic background, which connects to the scandal.”

When I was first introduced to this story, like many, I wasn’t shocked, but also like many, my main question was: Why? Parents must be intensely motivated to conform their children to fit in with a certain image in order to pay so much money. Although the general public has grown aware that rich people have unfair advantages to get into prestigious schools, most people don’t completely understand the criminal activity that went into some of it.

Yes, this scandal is frustrating, but beyond rich people breaking the law, the college admissions process has always been in their favor. They have alumni advantages, they “donate” a library, they are initially favored due to their lack of need-based financial aid.

This scandal has a multitude of revelations, but to me, the saddest and most surprising is that the kids at the heart of this scandal had parents who did not believe they had enough to do it on their own.