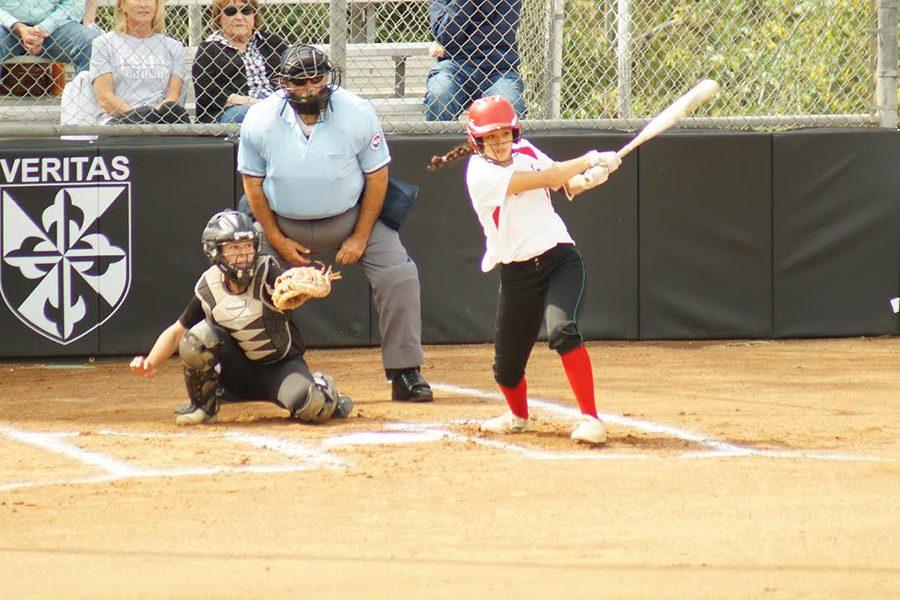 After an eventful and historic season of FSHA softball, the Tologs lost to Redondo Union 6-0 in the third round of CIF Division V playoffs.

“It was heartbreaking, because I knew we could beat them. But they played a better game, and they deserved it,” Coach Schnieds said.

Unfortunately, the Tologs did not come out of the game victorious. The final score was 6-0.

“Although we didn’t win CIF, it was a great season. We ended senior year on a good note knowing that we won Sunshine League,” Amanda Ramirez ’19 said.

At the end of the regular season, the softball team reclaimed its Sunshine League championship title with a crushing 12-2 win against Marymount. With the victory, the team claimed league for the first time since 1988.

“The game was super exciting. We mercied to Marymount the first time [we played them], so we came into the into the second game with a thirst for revenge. They were the first team we played, and the last. We came into game two with the excitement of senior night, the spirit of the crowd and the unbreakable team bond that all culminated to get us a win,” Ramirez said.

After the victory over Marymount, the team began CIF playoffs with a home game against Knight. The exciting game lasted 11 innings, during which the Tologs came from behind three times. The final score was 9-8.

“We were down to our last out in the 9th — nobody on, down two runs, the last inning. Then we had four consecutive singles to tie it up,” Coach Nish said.

In the second round of CIF playoffs, the team easily beat Newport Harbor, scoring eight runs by the 6th inning. The Tologs found themselves one step closer to the CIF Championship title with a 9-1 win.

This year, everyone paid attention to the team’s six freshmen.

“At first it was a challenge to get used to a team of six freshmen, but over the course of the year, we have gotten a lot closer as a team,” Karrie Nishiyama ‘19 said.

In the beginning of the season, Jessie Mysza ‘22 found it difficult to adjust to being on the team as a freshman.

“I felt as though the freshmen were semi-separated from the rest of the team at the beginning of the season,” Mysza said. “As the season progressed, everyone became more inclusive, and we all came together as a team”

Hayes Sullivan ‘21 believes that in the end, the freshmen gave the team an edge that helped them win league for the first time in 33 years.

“The freshmen are all remarkably talented players and people. They brought a new energy to the field that we had never before witnessed. It definitely improved our group dynamic,” Sullivan said.

While everyone’s eyes were on the six freshmen, the secret behind the team’s overall success was the seniors’ leadership in bringing together a diverse group of girls.

“It has been an amazing season, and we are proud of what we have accomplished this year. I would like to thank the four seniors on the team: Karrie Nishiyama, Julia Powers, Amanda Ramirez and Amesie Noll. It was truly their leadership capabilities that enabled us to make it as far as we did,” Schnieds said.