A disturbing Matthew Morrison makes his comeback in ‘The Grinch Musical’ 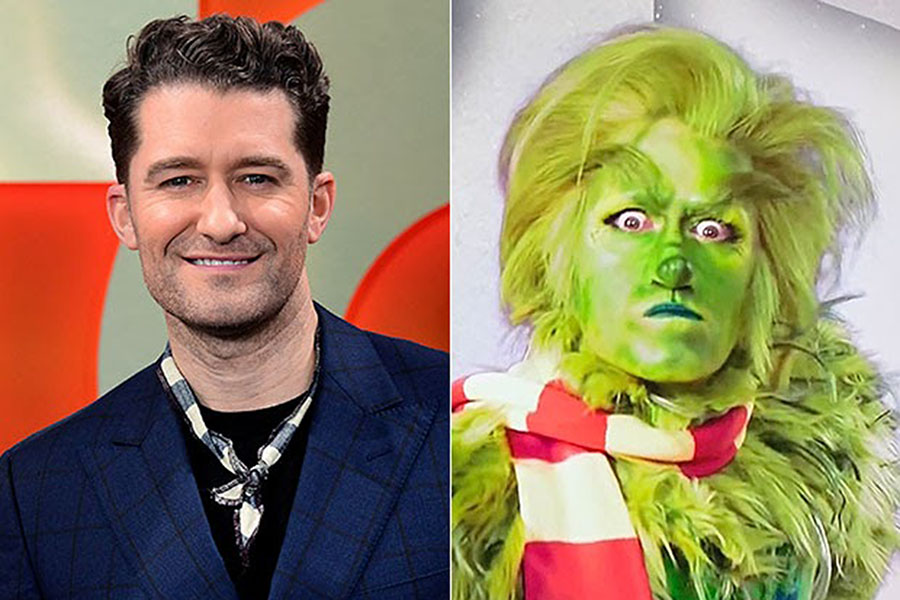 If you want to ruin Christmas for your family, tune in to NBC tonight to watch Matthew Morrison twirl across the stage in “Dr. Seuss’ The Grinch Musical.”

Disturbing smirking, extravagant leaps and off-pitch singing are all things I remember about the creepy glee club director, Mr. Schue, from the series “Glee.” Each episode includes Mr. Shue, played by Matthew Morrison, smiling like a maniac as he wildly sways next to one of his students, fully captivated by her dancing. I thought that after “Glee” ended in 2015, I would never have to see one of these horrid displays again.

I had been lucky to not see Morrison in anything from 2015 all the way until about two weeks ago, when I saw a commercial that left me speechless. At first, it looked like it was for a pleasant holiday show, but then my happiness disappeared as I realized that I recognized the spine-chilling glare behind the green Grinch mask. I stepped closer to the TV and was met with one of my worst nightmares. The Grinch costume couldn’t hide the fact that onscreen was the horrifying Matthew Morrison.

“WHAT?!” I cried as I ran to the screen and read that he would be playing the lead in “Dr. Seuss’ The Grinch Musical,” which is airing on NBC tonight. The show will essentially be two hours of watching a green-faced Morrison fly across the stage while belting out songs. The performance will be similar to the animated “Grinch” film, the only difference being that there will be more singing and now the characters have come to life. Watching the commercial, memories of Morrison in “Glee” twirling to “Toxic” by Britney Spears flooded into my brain as I tried to fully comprehend the situation.

For those who don’t know about “Glee,” it’s a show that is based on high school students who come together and join the glee club. It’s a Gen Z classic. The show has a lot of diversity, and each episode is filled with cliffhangers and unexpected events. The students are lovable, and you can’t help but sing a little during each a cappella performance. But even though fans love “Glee” for its hilarious and quirky characters, nobody loves Mr. Schue.

I vividly remember watching him on the show when I was 10, wondering why a middle-aged man would sing disturbing songs like “Blurred Lines” and the “Thong Song” while doing his signature windmill move. The choreography is just so uncomfortable, you have to skip it sometimes. Matthew Morrison might be the nicest guy on the planet, but I can’t see him without seeing Mr. Schue.

“Glee” ended in 2015, and after that, Morrison wasn’t the lead in anything. He played some roles in shows like “American Horror Story” and “Grey’s Anatomy,” but they weren’t very big. So why did the producers decide to pull Morrison out of his acting hibernation and cast him as The Grinch?

I can only think of one reason: experience. At the very least, he’s spent plenty of time performing in musical television. Beyond that, I have no idea, and the decision to cast him is one that I find totally incomprehensible. There’s just something about his past character that’s ingrained in my mind. Mr. Schue is a psychotic creep that sings absurd, degrading songs with his students and makes them dance inappropriately next to him. For anyone from Gen Z who knows him from “Glee,” the decision to cast Morrison was the worst mistake the producers of “Dr. Seuss’ the Grinch Musical” could’ve made.

Even though The Grinch is an antagonistic character, at the end of the day, he learns how to accept the joy of Christmas and redeems himself. But this is not possible with Morrison as the lead. His “Glee” performances are the first thing that plays in my head when I hear his name. I would rather spend my time watching “A Charlie Brown Christmas” or “Elf,” two classic Christmas movies that bring me comfort and cheer.