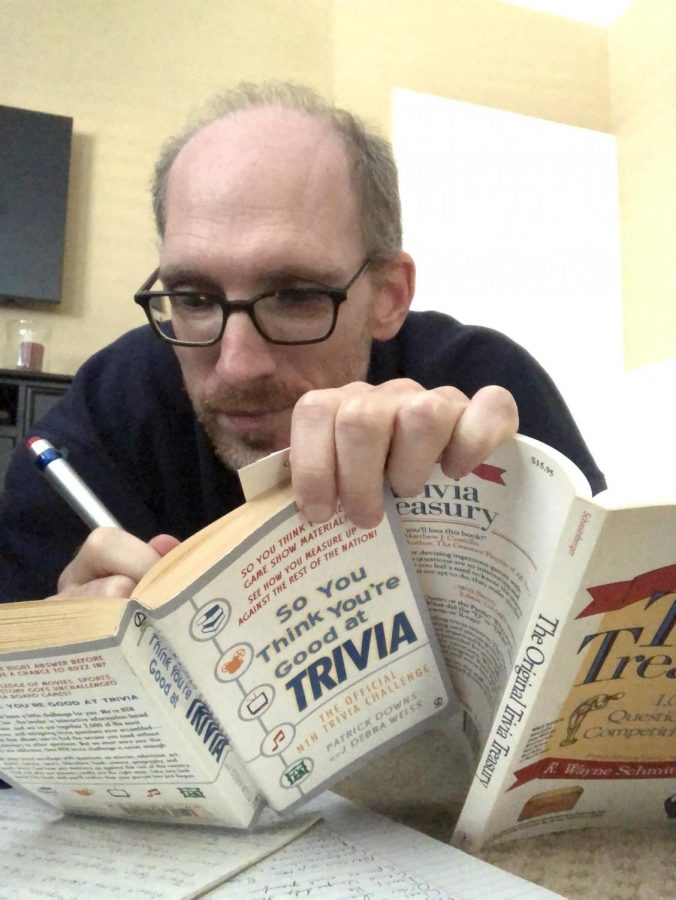 Mr. Yaeger models the art of studying diligently and endlessly out of no motive save for the love of the game (which, in this case, is the game of Jeopardy!).

In light of the news on the passing of long-time host Alex Trebek, here is my “Jeopardy!” story.

“Where is Zimbabwe?” “What is Catcher in the Rye?” “Who is Adam Levine?” I love playing trivia games and that is how I have spent the past however many months of quarantine — studying trivia for a soon-to-be appearance on “Jeopardy!”

It has been a long-time coming and the journey has seemed never-ending. I’ve spent many years studying and taking the online tests and auditioning and yet never made it. I never gave up on that moment that I could meet Alex Trebek and answer — questions or answers, which is it? — in the form of a question. However, it was this past winter that the studying paid off and I was finally called after all this time to be on the show and play in the Teachers Tournament. But there was one small caveat: I was only the alternate. I still saw the set, met Alex Trebek and the other teachers, and enjoyed the entire experience, but never actually made it on the show.

So, as all alternate players go, I was given the opportunity to get to play a real game, be on TV (a terrifying thought) and stand behind one of the lecterns. My second call came, my date was set and then Covid hit and quarantine began. Then a third call came, and then a fourth and you get the idea…. My film dates kept getting pushed back, but I was able to continue studying and reading and playing trivia to be even more prepared. I started reading more. I took copious amounts of notes on my not-so-strong topics (art history and classical music, Shakespeare and science, in case you were wondering). ‘90s pop culture, I got this! “Who are the Spice Girls?”

Spring became summer, which soon turned into fall and filming commenced. But, in this new normal of 2020, the delay came yet again. After months of anxiety and nerves, a call came for the umpteenth time to put on my calendar an official film date and once again actually be on the show. With Trebek’s passing, who knows where my “Jeopardy!” future is headed, but I still will not give up hope that sometime this season, or future season, you may actually hear my name announced as being a contestant.

So, in the end, Tologs, I hark back to what a former colleague of mine famously says, “Don’t give up.” I’m not and so neither should you.

Mr. Yaeger (or, more appropriately, “Who is Mr. Yaeger?”)