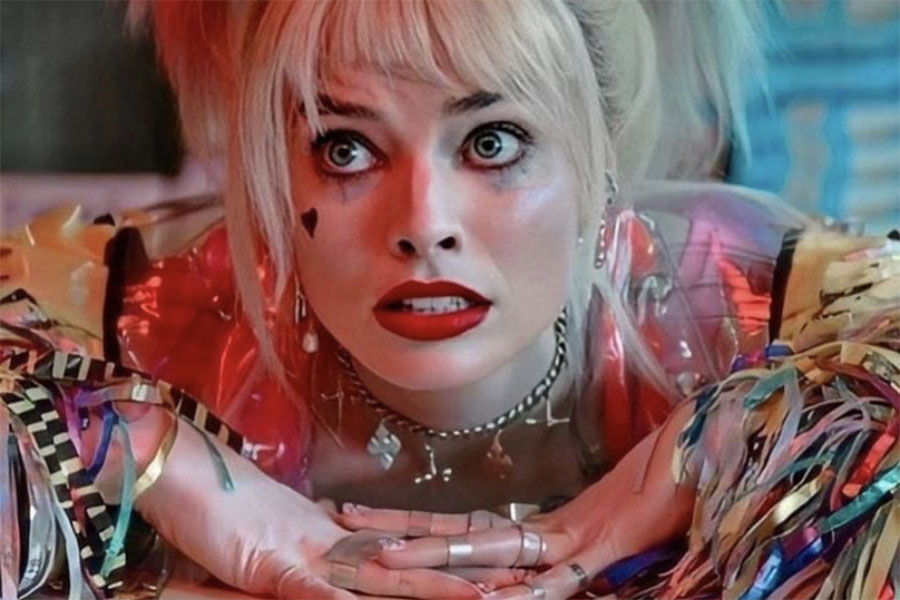 Hyenas, confetti cannons, roller skates, laxatives: these are just a few of the many painful, chaotic details that make “Birds of Prey: And the Fantabulous Emancipation of One Harley Quinn” a terrible movie. Five minutes in, I had to stop myself from leaving the theater, an urge I have never experienced so early into a film. On top of that, this was the last movie I was able to see in movie theaters before lockdown, so the whole experience was quite disappointing.

“Birds of Prey,” directed by Cathy Yan, is a superhero movie based on the Birds of Prey DC Comics series. In the movie, Harley Quinn (Margot Robbie), begins to party recklessly and hurt the people who stand in her way. While in her tailspin, which gets underway because of her breakup with the Joker, she tries to rediscover a sense of purpose as a newly single and independent woman. Along the way, she encounters a young pickpocket named Cassandra Cain, who has accidentally stolen a diamond from the Black Mask’s sidekick, Victor. The young thief gets caught by the police and stupidly decides to swallow the diamond, which is where the aforementioned laxatives come into the story. Harley then gets captured by the Black Mask (Ewan McGregor) and is ordered to retrieve the diamond. Harley, however, winds up forming a bond with Cassandra, and she teams up with a group of women to protect the young pickpocket from the Black Mask.

While the plot could have been compelling — diamonds, pickpockets, moral values, revelations — the problem that dooms the movie is Harley’s character.

Ultimately, after many hangovers, unnecessary fights and a blown-up chemical factory, Harley finally saves Cassandra and becomes her own person. This ending made me feel as if I was supposed to be excited to congratulate Harley. But what am I supposed to congratulate her for? Getting over a breakup and becoming a grown woman? Harley Quinn isn’t a good person. She starts fights with random people and is extremely rude to strangers, and these off-putting qualities made it difficult for me to connect with her. I got the sense that Harley’s character arc was supposed to convey female empowerment, but Harley’s surface-level character development is not effective because women should be presented as having a depth that Harley lacks.

The movie does not do a good job of making me sympathize with Harley, especially since there’s hardly any character to sympathize with. Harley’s character is expressed through quirky mannerisms and a bad New York accent. Other than the fact that she used to be a psychiatrist, we don’t know anything about her. What are her beliefs or values? What is her background or worldview? She doesn’t have a personality that goes beyond dyed hair and sparkly clothing. A movie depicting female empowerment should display women as holistic human beings, flaws and all. Women have depth and personality along with dreams and desires. However, Harley Quinn is the exact opposite of this and has nothing but an eccentric outward appearance to showcase.

The film struggles to convey female empowerment in other ways. In one scene, the Black Mask, a flamboyant supervillain, gets annoyed at the sound of a woman laughing in his nightclub. He tells her to get on top of a table, strip and dance. The Black Canary, a woman who initially works for the Black Mask but later helps fight against him, watches him harass the random woman and doesn’t do anything to stop it. The scene cuts and the movie continues. All I could think was, “What was the point of that?” It’s possible that the filmmaker wanted to portray extreme misogyny, but for me the scene only evoked uneasiness since no one came to the woman’s rescue.

As for the ending, the movie tries to land female empowerment by presenting a girl group takeover. This was supposed to be the final scene to knock your socks off. Wrong. My socks had never felt tighter. I immediately rolled my eyes when “Barracuda,” an overused background song in female fighting scenes, started playing. “Charlie’s Angels,” “Jessica Jones,” “Shrek the Third,” you name it — every female fight scene features this song. The song’s lack of originality illustrates the emptiness of the scene and the film’s ending.

The movie had a good intention of wanting to empower women, but it missed its mark. “Birds of Prey” tries to represent the empowerment of women through Harley, but her lack of depth and bad personality make the movie unsuccessful.