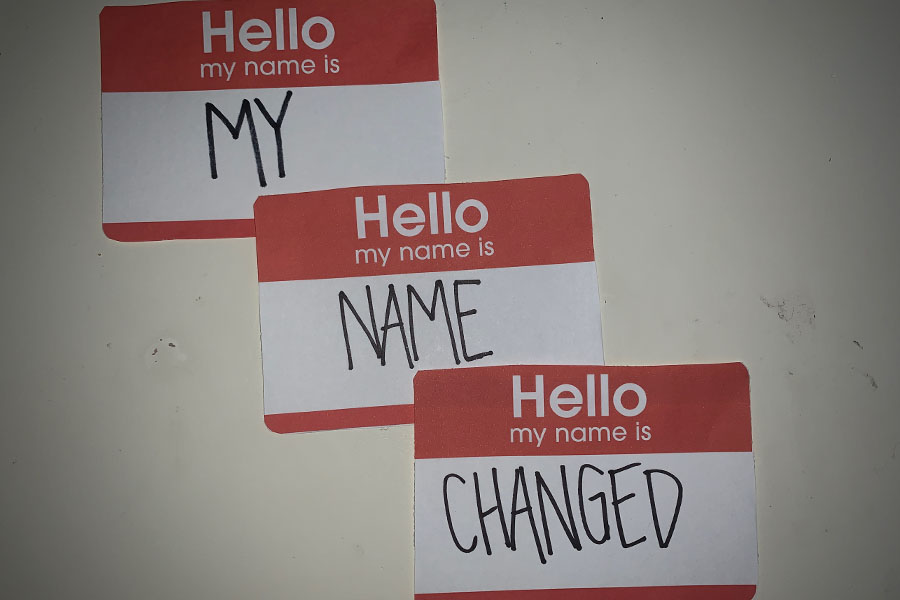 As they head to college, some seniors will not only leave behind their legacies but also their names.

As the senior class of 2020 begins counting down the remaining days of high school, students have begun to daydream about their lives as college freshmen: Greek life, college parties, game days and freedom (if this quarantine ever ends). College brings many opportunities for a fresh start, and some Tologs are questioning how they will rebrand themselves for their new social scenes, even to the extent of trying out new names.

Senior Nikki Ariki decided that she wants to go by “Nicole” in college. The hint of professionalism that Ariki wants to bring into her college career represents her newfound maturity, and she hopes the name change will attest to that. While it will be hard at first to remember to introduce herself as Nicole, she is ready to face that challenge.

“I want to go by Nicole because I feel like college is semi-adulthood, and I need to start getting used to the idea of applying for jobs and internships and such,” Ariki said. “So the change is mostly about wanting to be taken seriously. Also, my name rhymes, and I don’t want that anymore.”

When Ariki decided to change her name, she didn’t anticipate her friends’ reactions to the news. Some of Ariki’s friends have told her that she “doesn’t look like a Nicole.”

“Some of my friends are irrationally angry about it. Some people are kind of sad. It’s hilarious actually,” Ariki said.

Senior Meghan Sullivan, who also plans to go by a new name in college, has received a different reaction from her friends.

“I am going to go by Elizabeth in college. It’s my middle name, and I like that name better than Meghan. It suits me better. My friends love the change and fully support it,” Sullivan said.

“I guess when I see myself as Meghan, I see the same person I always was, which isn’t bad or anything, but I just kinda feel stagnant,” Sullivan said. “Like, I mentally put all these rules on how I can act because that’s how I’ve always acted. When I think of Elizabeth, I think of the opportunity to do whatever I want. Elizabeth doesn’t have the mental barriers. I think Elizabeth is just like a way to signal growth.”

I happen to know about name changes because, along with Ariki and Sullivan, I, too, plan to go by a different name in college. Throughout all of high school, I never really gave my name any thought. My parents gave me the nickname “CJ,” and I have gone by CJ my whole life. Then, winter break came along.

With my excess free time during Christmas vacation, I found myself watching a lot of Vlogmas. On YouTube, I saw many of the lifestyle vloggers wearing cute necklaces with their names on them. After being brainwashed by all these vloggers, I felt as if I needed to purchase a necklace for myself. So I went on Etsy and began my hunt for the perfect name necklace.

The closer I grew to buying a necklace, though, the more I realized that CJ wouldn’t work. First of all, the two capital letters in a nice cursive font would look horrendous. There is just something wrong with the way two capital letters look when you have a cursive font. Since I despised the way CJ looked, I decided just to put my real name, Christine, on the necklace.

Going with Christine would be a small way to incorporate my real name into my life. So, on impulse, I thought I would put Christine on my necklace and see if I liked it.

When the necklace came in the mail, I put it on and sent a picture of it to all of my friends. I hadn’t considered going by Christine full-time, but I was bombarded with statements from friends who said I should go by Christine in college. I think they understood that I wanted to embark on a new chapter in my life, and the name change would push me to fully embrace this new chapter.

When my friends initially pushed for me to go by Christine, I brushed them off, since I had always gone by CJ. But the more I thought about it, the more my real name started to grow on me. So, I decided to conduct my own name experiment.

I had hit the point of no return. After debating it for a split second, I knew my experiment had come to an end. I was going to go by Christine. By going with my full name, I would leave the door open for cute nicknames, but when in professional settings, I would be used to introducing myself as Christine.

The girl who asked me what my name was ended up becoming my future roommate, and every time we talk, it’s always strange and new and exciting to hear her call me Christine.

Now, I have grown comfortable with the name Christine, and I plan to officially go by it in college. I changed my Instagram handle in order not to confuse any future classmates, and all my new TCU friends call me Christine.