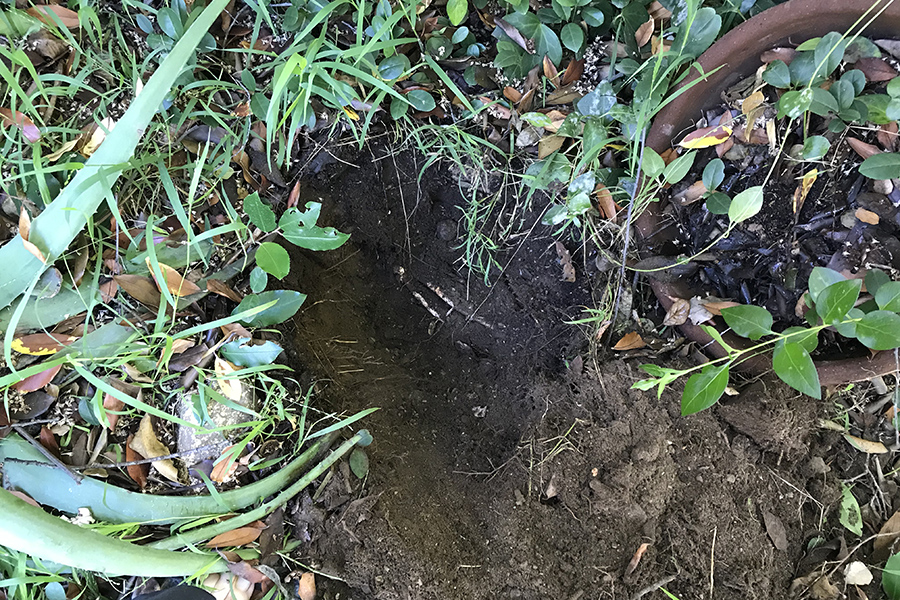 In the wilds of Altadena, somebody -- or some thing -- has been stealing skulls out of holes.

Several years ago, a deer head appeared on campus near the junior patio. There was much student speculation that a predator might be prowling the Hill. Since we study death and bones in Forensic Science, I decided to collect the head and perform a skeletonization procedure, which I had learned years ago at a forensic science workshop. I took the head home in my road kill collection kit, a large plastic-covered container in which are gloves, plastic bags and a small shovel. This kit is always ready in the trunk of my car to collect a specimen. When I got home, I found a suitable spot in my backyard, dug a deep enough hole in the rocky dirt, put the head in the hole, shoveled in dirt and covered the hole with a large flowerpot. I shoveled in more dirt and then weighted the flowerpot down with rocks.  Skeletonization takes time, and with warm weather, I expected that the head would be fully defleshed in several months.

Weeks went by, and then months, and, finally, I was ready to collect the deer skull, hopefully completely scavenged by worms and insects. I went to my “burial ground.” I call it my burial ground, because it has been our pet cemetery since our first cat died 23 years ago. There are a total of four bodies buried there. At the burial ground, I removed the rocks and flowerpot and began to dig. And dig, and dig.

What happened to the skull? My new project? Find that skull!