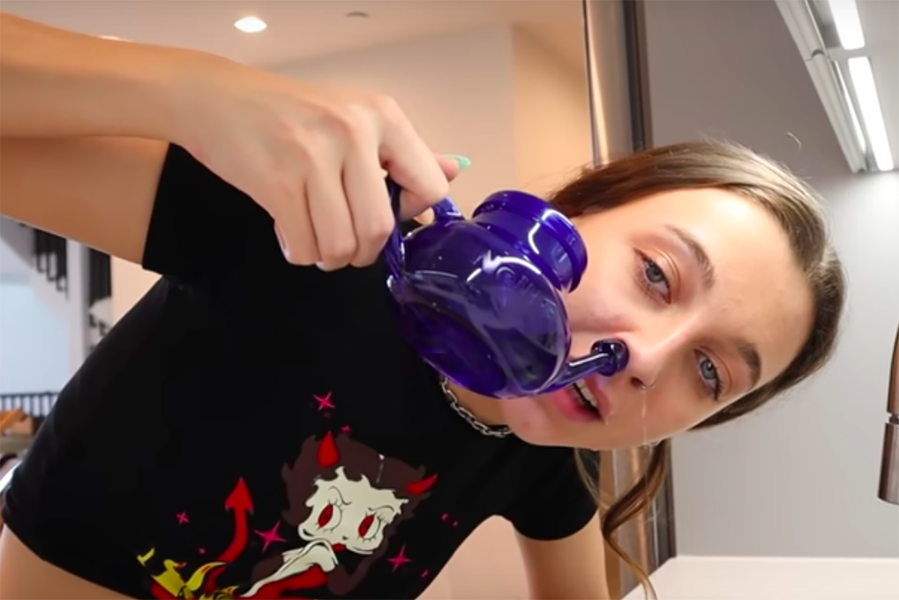 Here is Emma Chamberlain draining her sinuses in a video entitled 'SELF IMPROVEMENT.'

Relatability is the driving force that makes YouTube the platform it is. YouTube is not like network television or other media forms that strictly regulate the content that viewers see. Rather, it’s less formal and has a more behind-the-scenes feel. Creators have the opportunity to showcase their personality, skills and creativity, and the audience subscribes to the creators who exhibit traits that they admire.

In the past, to be relatable just meant to be a person other people could identify with. In 2020, relatability on YouTube is everything. But what is relatability? The New York Times defines relatability as a quality content creators have that’s “quirky but smart, introverted but friendly, shaded with a charmingly pathetic love of spreadable cheese.”

Relatability, though, is subjective, and every creator on YouTube has her own version. Styles of relatability vary among creators, and in the past few years, relatability has evolved. There are many different forms for different demographics. That said, Emma Chamberlain’s style of relatability stands out.

In terms of content, she takes a fairly self-deprecating take, with videos that have titles like “PULLING AN ALL-NIGHTER” and “TRYING EVERY COFFEE SHOP IN LA.” You can tell she doesn’t take herself so seriously when she cuts in mid video with a live reaction clip telling us she doesn’t understand the joke she just made.

Many creators have followed Chamberlain by imitating her style. Content creators Summer McKeen and Hannah Meloche are pretty and implement their quirky humor into almost every detail of their uploads. At this point, the style is familiar, especially to girls, and now it seems like the typical path to follow for a female creator. They create this fascinating intersection between comfort, relatability and absurdity, and viewers admire them and aspire to live a similar lifestyle.

But what is so appealing or relatable about this style?

I don’t feel like I’ve ever really met an Emma Chamberlain or anyone like her, yet her whole brand is built on being like someone you know and are friends with. The thing, though, is that her brand is about her ability to document her life in an aesthetically pleasing way that people want — no school, no work, no mindless activities, no responsibility. This, though, is not relatability. This is an idealized life. She has the freedom and time to fly to New York to shop, the freedom to taste test every coffee shop in LA. These might not be the activities you would necessarily choose to participate in if you had her free time, but the point is that she has a lack of responsibility that everyone yearns for. She may not act like you, look like you, or you might not know anyone like her, but you watch because her content is the documentation and reinvention of the basic white girl coffee-fiend. She is an idea: she is the manifestation of what every average-looking, ordinary high school girl would do with their life if they had her money, her freedom, her opportunities.