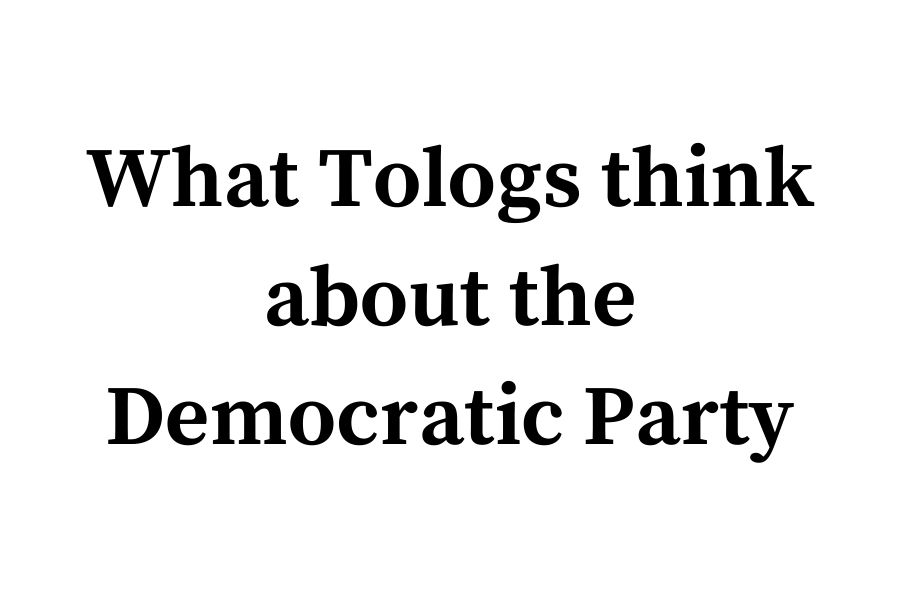 By Carisa Joyner and Cerys Davies

With election season underway, tensions are high in terms of which party currently has the upper hand. With insults and jibes being tossed around all forms of media, everyone has her own opinion. Does Sanders’ primary victory in New Hampshire make him the frontrunner? Will Bloomberg make a splash on Super Tuesday? With these thoughts in mind, the Veritas Shield posed the following question to the Tolog community: With the presidential election around the corner, how do you think the Democratic Party is doing?

The Democratic Party is all over the place. Their goal right now is to not get Trump reelected, so everyone is going for it hard, but in different directions. It seems like Bernie is in the lead to become the Democratic candidate, but I feel like a lot of people don’t feel strongly or confident in that. A lot of people like what Bernie has to say, but don’t think he has the means to back it up. I think right now politicians need to stay poised and recollect themselves and do/say things that are going to be more impactful toward the public.

Horrible. Their party is so split on their candidate. I think Trump is going to win again.

Two people have already dropped out so that’s interesting. I like how this is the most diverse campaign in history, but two minorities dropped out, so that’s disappointing. I hope we end up with a strong candidate to run against Trump. We really need someone who actually has a chance of winning and making some reforms. I think Bernie or Warren would be good candidates!

They spent too much time trying to impeach Trump, which proved statistically impossible, and are now stuck with lousy candidates.

I think the Democratic party is tearing itself apart. I think that the Democrats are going to cause their votes to be split between [candidates], giving Trump the majority.