Can you really find love on ‘The Bachelor’? 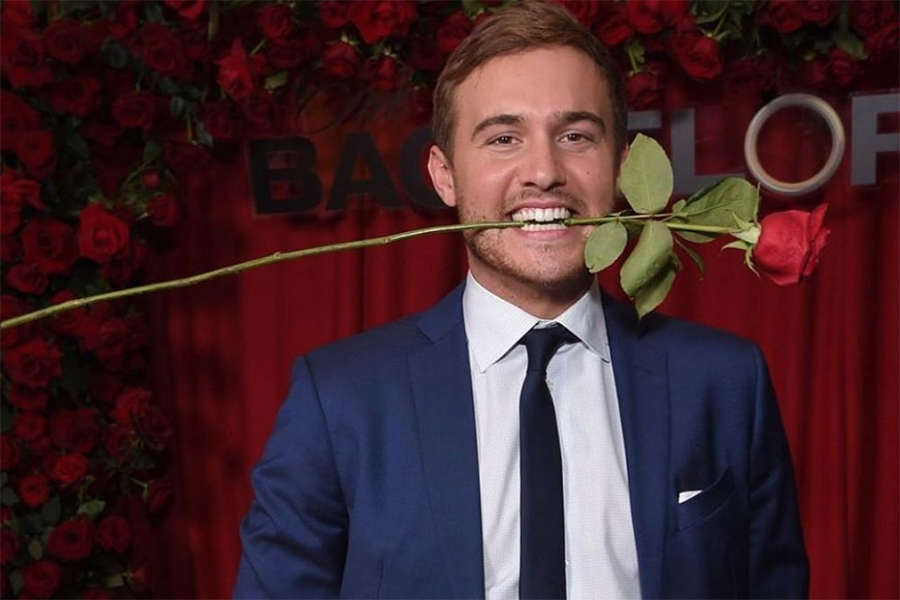 Would you accept a rose? People have been for the last 18 years since the debut of 'The Bachelor' in 2002.

It’s January 6. You are sitting on the couch, wrapped in blankets, surrounded by friends. The lights are dimmed low and the sound of the TV fills the room. Food and beverages lie on the table in front of your eyes, but nothing draws them from the screen. As the clock strikes 7:59 p.m., feelings of excitement and anticipation build up.

It is no ordinary Monday night. It’s the 24th premiere of ABC’s “The Bachelor.”

For many years, I have been a fan of the American dating reality television series known as “The Bachelor,” hosted by the iconic presenter Chris Harrison. Many similar productions have resulted from the show, such as “The Bachelorette” and “Bachelor in Paradise.” While there are differing opinions regarding this franchise and its matchmaking process, no one can debate that it has been successful in entertaining people.

Even more than that, it has undeniably succeeded in helping people find real love.

Despite the fair share of break-ups and heartbreak within Bachelor Nation, according to Cosmopolitan Magazine, there are currently 23 successful couples that have formed from all the different “Bachelor” related shows. This number includes couples that are married with kids, engaged or simply dating. The first-ever Bachelorette, Trista Rehn, currently lives in Colorado with her husband and former contestant Ryan Sutter, along with their two children.

At the end of the day, “The Bachelor” is more than a TV show. It may be just Monday night entertainment for us, but for many of the contestants, the show is a path to real love.

To those who argue “The Bachelor” is all scripted and only about getting on TV and gaining fame, you might have a point. Clearly, some people go into the show with bad intentions, as some contestants have been discovered to have girlfriends back home. But to those who argue that real love cannot come out of “The Bachelor,” I urge you to recognize that evidence says otherwise

The real-deal love all starts with the dates couples go on, even though these dates happen to be planned for the contestants in advance. The date adventures include helicopter rides, overseas trips and private dinners. Dates are used to expedite bonding by giving couples a chance to conquer their fears and experience once-in-a-lifetime opportunities together. The dates build trust and reliance between the couples, which are key factors in a functional relationship. And, the romantic setting of the dates doesn’t hurt either. I mean who isn’t going to fall in love walking beside the tranquil waters of Bora Bora as the sun is setting?

The couples on “The Bachelor” live in a different type of reality, a fantastical, Disney-esque bubble, if you will. However, this fantasy has advantages. All cellular devices are prohibited. Contestants put their whole lives on hold, including their jobs and relationships with loved ones. The lack of distraction from the outside world allows them to fully concentrate on their relationships and develop a deeper connection that real love requires.

Given how the time frame of “The Bachelor” is much shorter than usual for two people to fall in love, there is a slight pressure. After all, everyone in the house is trying to make a connection before time runs out. Dating under a ticking clock encourages contestants to be more open about themselves. This openness develops respect and admiration, only making the heart grow fonder.

Believe it or not, living in the bubble of the “The Bachelor” world can be difficult to handle. The stressful moments that arise, like the time when Hannah Ann “steals” a champagne bottle from another girl and cries about it, test and prepare couples for life without the cameras.

Tackling this experience this season is Peter Weber, a 28-year-old pilot and the second-runner up in the 15th season of “The Bachelorette.”

Weber lives a simple life with his parents in Westlake Village, California. He’s shown a tendency for being a sweet, caring and nurturing guy. He’s shown a preference for honesty, adventure and even a little drama in a relationship. Despite the inevitable turbulence, Peter Weber is ready to take off on his journey to find his co-pilot.