Gen Z shapes its wishlist for the Catholic Church 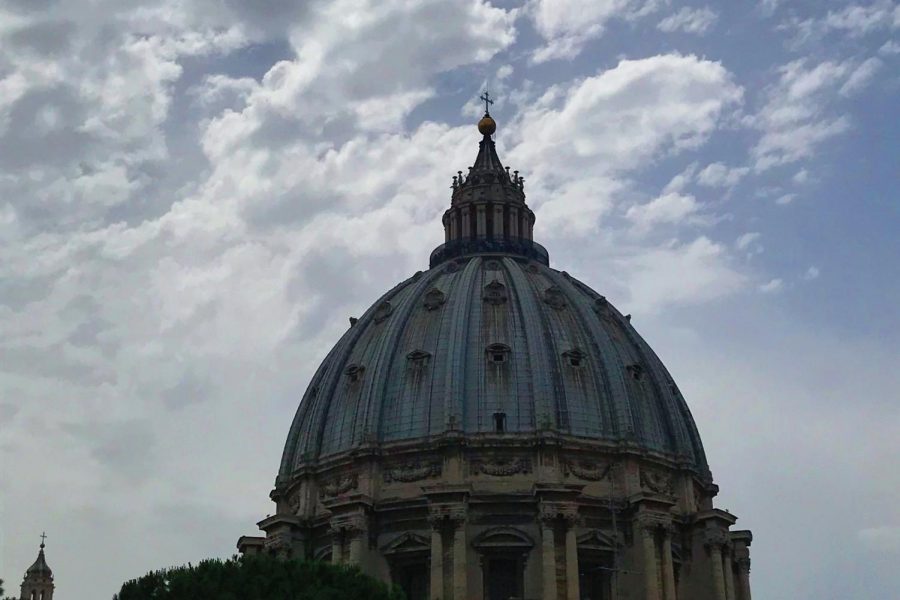 Get rid of those crop tops: in order to be permitted entrance inside the Vatican, one must cover up to maintain a conservative appearance.

The numbers are down. According to a study conducted by Gallup in 2018, 73 percent of young Catholics attended church in 1955, but now that number has dropped to 25 percent, putting the future of the Church in a precarious position.

While various well-publicized crises have dominated the headlines, many Tologs have more personal reasons for distancing themselves from the Catholic Church.

The Veritas Shield spoke to these Tologs along with others who don’t find themselves troubled by the Church’s views on the issues of the moment.

“We don’t want to just believe what our parents taught us. We want to figure it out on our own,” Sarah Hanks ‘20 said.

Kristen Asmar ‘20 feels the need to express her individuality as well.

“We want to discover our own personal beliefs,” Asmar said.

Many Tologs see the need for the Church to change its stance around LGBTQ+ issues.

Jordyn Hart ‘21 extends the problem to feminist issues, too.

While many Tologs are concerned with gay rights and the role of women in the Church, the right to life is a concern for other Tologs.

“I don’t think the Church’s position on abortion should change. The Church is trying to preserve the sanctity of life, which is often disregarded in today’s world,” a Tolog who wishes to remain anonymous said.

This concern extends to euthanasia, too.

“I think the Church’s stance on euthanasia is justified. God is the only one who can take a life,” Lindsey Beck ‘20 said.

Whether they want to see the Church progress or stay the way it is, Tologs have wishes for the future of the Church.

Some simply want worship to be more fun.

Others long for more youth engagement.

“There should be a youth council so we can keep the future of our world in line with the values of the church,” Asmar said.

Others want their peers to listen.

“I agree with the Church’s beliefs on abortion and euthanasia. I wish people would take a second see their perspective and not just blow it off,” the anonymous Tolog said.

Whatever happens in the Church going forward, students and faculty agree that changes are not going to happen overnight.

“The Church is always developing. But, the Church thinks and functions in terms of centuries and millennia, not months and years. We can pray and hope and push, but ultimately we have to trust that the Holy Spirit will move us forward at her own pace,” religion teacher Ms. Kristina Ortega said.