Sleep is for the smart 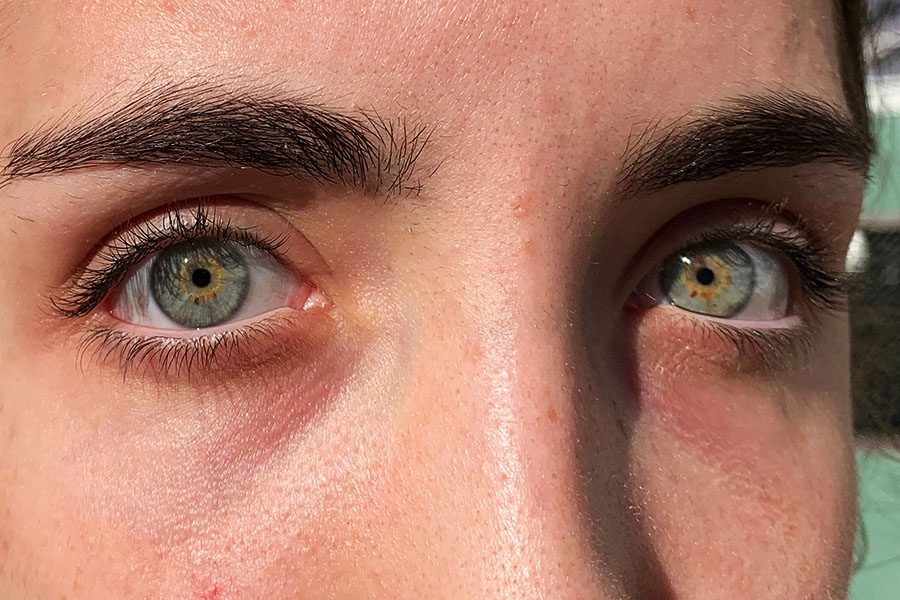 Eyes: windows unto the sleep-deprived soul.

I will be the first to tell you that I don’t sleep enough. More often than not, I come to school, coffee cup in hand, looking like an extra from “The Walking Dead.” I frequently feel like my eyelids are heavier than two semi-trucks, and on numerous occasions I have had to shake myself from a sleepy daze in class, wishing that I hadn’t tuned out because Marxist social theory is not exactly a breeze to teach to oneself (shout out to AP Lang block A).

Sleep deprivation is not uncommon for people of my kind, meaning teenagers. According to a national survey conducted in 2015, 43% of teens reported sleeping less than seven hours a night.

I’d argue that this is because a lack of sleep is not only commonplace but glorified in high school culture.

I have, on several occasions, partaken in bragging about this unhealthy habit that has become so ingrained in my academic routine. A sense of masochistic superiority washes over me the moment I top someone’s five hours of sleep with my four. And I don’t think I am alone in this. Under-eye bags are a badge of honor in the school environment, because school is supposed to be a meritocracy, where members are rewarded for the effort they put into their work.

The Google Chrome extension Boomerang allows people to send emails at ungodly hours to affect the appearance of having stayed up late. You know that person who teachers call out for emailing them at two in the morning. That person who then pretends to be ashamed. (“I know, I know. It’s just… that I’m so busy.”) Simply working hard is not enough. People want to look like they are pushing themselves to the very limit.

“[Pride in getting insufficient sleep] continues to support the mythical idea that sleep is somehow secondary to other things. There can be this kind of group mentality that makes students worry that they are missing something, or that they are not going to be great performers or get into top colleges if they don’t sleep less,” Mr. Tom Badzey, a psychology teacher and licensed therapist, said.

“People think functioning on minimal sleep is a sign of strength, so they brag about it,” Bridget Byrne ‘21 said.

Sleep is vitally important. Regularly getting less than the suggested amount does not necessarily mean you’re working harder than other people, but it does mean that you have developed unhealthy habits. Sucking more time out of the allotted 24 hours is not worth imperiling your health for. And, if you’re getting more sleep, your attention should be sharpened, meaning that you could theoretically do more in less time.

“I tell my students to work smart, not hard,” Ms. Kayla Tennity, a biology teacher, said.

Though most students know that sleep deprivation has adverse effects, the specific consequences of not getting enough sleep remain poorly understood. If the group mentality is that cutting down on sleeping time is a necessary part of challenging oneself academically, then ignorance to the detrimental effects of sleep deprivation buttresses this idea.

“When you’re sleep deprived, you have a much higher risk of developing anxiety disorders and depression,” Badzey said.

Consistently not getting enough sleep can affect how students socialize and perform in school.

“When sleep deprived, often people become aggressive, and at a certain point the aggression becomes delirium. Your attention is gone, and you’re just trying to keep up,” Tennity said.

“I can’t get more sleep, because I have a lot of work, and it takes me a long time to get home,” Bella Fraley ‘22 said.

I tell myself the same thing all the time. And such is the life of many a high schooler. We convince ourselves that we have to live like zombies, because we are working so hard. The idea that depriving oneself of good Z’s is necessary to being a good student is just not true. Time management and self control are key.

Hypocritically enough, I’ve woken up to finish this article in the wee hours of the morning. Is it because I was doing oh-so-much work last night and I couldn’t get to bed until late? No. I was binge-watching “The Politician” on Netflix. And now I’m functioning on five hours of sleep. But I’m not proud of it, so I guess that’s a pretty good start.