Tologs try out for Rose Court for different reasons 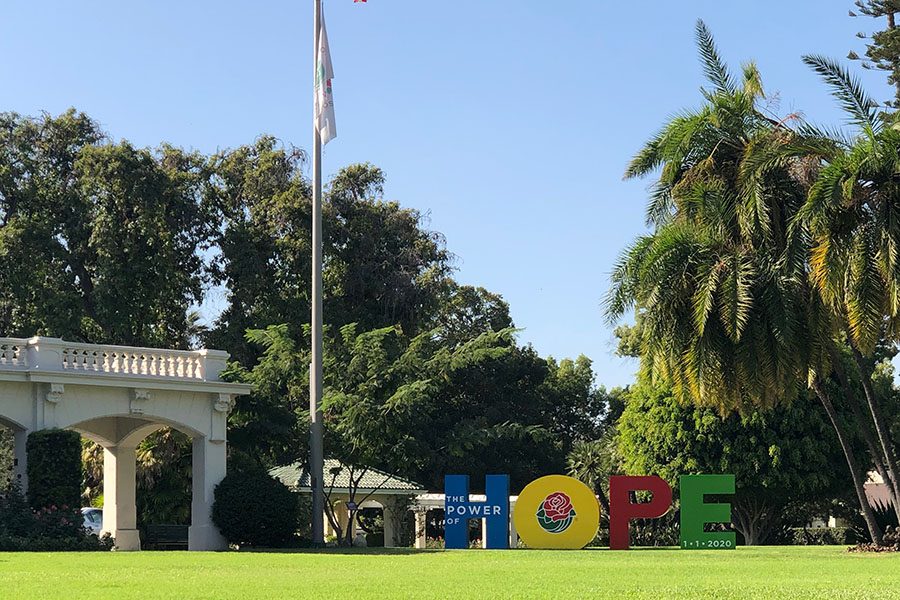 The Tournament House broadcasts its message for all drivers on Orange Grove.

By Caitlin Cruz and Jacqueline Fitzpatrick

Seniors Franny Christensen, Madeline Hara and Emilie Risha interviewed on Sept. 7 to be selected for the Royal Court.

Franny Christensen ‘20 grew up watching the Rose Parade, and since then she has always wanted to be involved.

“It definitely is a tradition in the community and something that I liked growing up. I always saw the Rose Court in the parade and wanted to be a part of it,” Christensen said.

Madeline Hara ‘20, meanwhile, interviewed for the Court despite wondering if the process was more of a beauty competition than it is about character.

“I think that it used to be a beauty competition, honestly,” Hara said. “But I interviewed because I knew it would make my grandma ecstatic.”

Emilie Risha ‘20, however, feels that the process gives the girls an opportunity to express themselves and support causes important to them.

“It’s not like it felt oppressive in any way. It was definitely giving these girls a platform to do what they wanted,” Risha ‘20 said.

Risha goes on to say that she is thankful for the experience.

“If I don’t get called back, I feel that interviewing was an experience in itself,” Risha said. “I guess I’m excited to see where I end up.”

While some seniors were discussing their opinions about the issues they felt were associated with the Tournament of Roses, others were more lighthearted about the matter.

“I was just excited to go to the ball,” Nicole Noriega ‘20 said.